Everything You Need to Know in Order to Succeed in the templar elden ring DungeonsWhen exploring these regions, you can anticipate the following things to happen 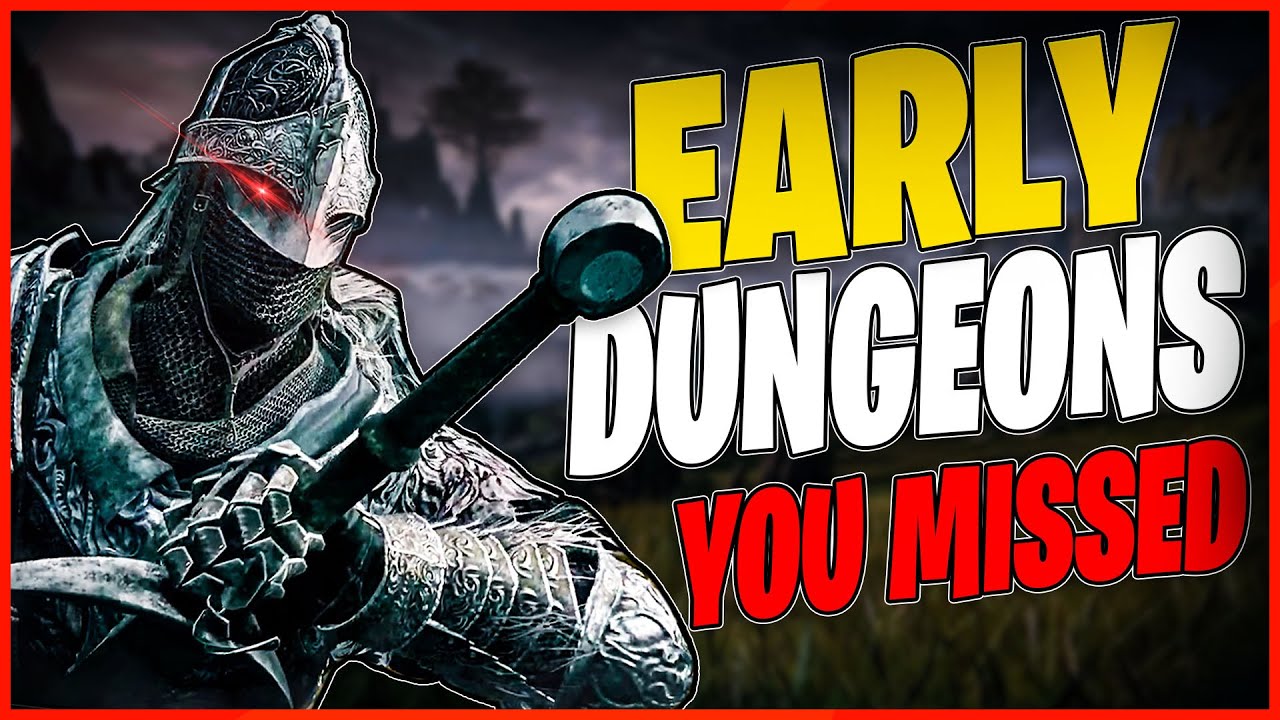 When exploring these regions, you can anticipate the following things to happen.

Catacombs, caves, tunnels, and ruins are dispersed across the Lands Between. These locations hold a wealth of items, materials, weapons, and, of course, enemies. Before venturing into a dungeon, it is helpful to have some idea of what you will encounter there. This will allow you to better prepare for the fight that is to come and give you an idea of where you can find certain items.

The following is a rundown of the various dungeons available in Elden Ring, as well as what you can anticipate from each one. The Elden Ring items features a variety of unique dungeons, each of which is described below along with the challenges they present.

Dungeons with a Legacy

The sprawling, one-of-a-kind Legacy Dungeons, which are packed with one-of-a-kind foes and treasure, will be the source of Elden Ring's most important story elements and required bosses. These dungeons can only be accessed by completing Elden Ring's main storyEach will feature multiple grace sites in addition to multiple bosses, some of which are obligatory to complete in order to advance through the game while others are optional.

Legacy Dungeons are areas of the game that must be cleared in order for players to win. Players must clear Stormveil Castle, Raya Lucaria Academy, and Leyndell, Royal Capital in order to win the game.

The Lands Between are riddled with what are known as catacombs and are underground burial grounds. These more compact dungeons are typically crawling with undead foes and are loaded with materials for crafting and upgrading, such as Grave and Ghost Glovewarts. Once you have unlocked the option to level up Spirit Ashes with Roderika in the Roundtable Hold, you can use either one of these to do so.

Each catacomb has its own unique boss, and those who successfully complete the dungeons are rewarded with either a weapon, a spell, or Spirit Ash. The Stormfoot Catacombs, the Murkwater Catacombs, and the Deathtouched Catacombs are the first set of catacombs you'll come across in Limgrave.

In the same way that the catacombs are the best place to gather the materials needed to improve Spirit Ashes, the tunnels are the best place to find Smithing and Somber Smithing stones so that you can improve your weapons. Miners are the most common type of foe you'll encounter in this area, and they are notoriously difficult to dispatch due to the fact that their thick skin protects them well from slashing attacks. On the other hand, they are easy prey for blunt weapons and magic. The same holds true for the bosses that are found in the tunnels; when they are defeated, they will typically drop weapons.

Limgrave Tunnels and Morne Tunnels are two of the tunnels that can be found close to the beginning of the game.

Caves, in contrast to catacombs and tunnels, do not contain an essential upgrade material that must be harvested. On the contrary, they are teeming with dangerous animals and half-human creatures. In addition to this, completing them is a lot easier than it was doing so in the earlier dungeons. If you want a weapon, talisman, or spell, you should try to rush in and kill the boss as quickly as possible.

The Groveside Cave, the Coastal Cave, and the Murkwater Cave are all examples of the caves that can be found close to the beginning of the game.

The many Hero Grave sites constitute some of the most perilous dungeons that can be discovered. There are only four of them, but they all share the characteristic of having a chariot that is decorated with spinning blades and that travels along predetermined paths. These vehicles will instantly kill players regardless of their current health, making timing the most important factor in this situation. Consider these dungeons to be a form of an obstacle course as you explore them. It's possible that Hero Graves will have more than one boss for you to take on, with the final boss being the most challenging of the bunch because it'll typically involve a battle against two formidable foes at the same time.

Once a Hero Grave has been cleared, you will receive an elite Spirit Ash as a reward. These Spirit Ashes are potent summons that are able to hold their own against bosses. The first Hero Grave, known as the Fringefolk Hero's Grave, is located very close to where you begin the quest; however, you will need two Stonesword Keys to access it.

Ruins, in contrast to the dungeons that came before them, are located above ground rather than underground. Their structures are in a state of disrepair, so it is easy to recognize them. At each ruin, the number of foes you face may vary, and it's highly unlikely that there will be a boss. The majority of ruins, on the other hand, will have a set of stairs leading down to a treasure chest or even an important figure who is connected to a side quest.

The Gatefront Ruins, the Mistwood Ruins, and the Waypoint Ruins are all considered to be part of the Limgrave ruins.